Who’s asking? Her name’s Cremelda Pratt, and she’s the founder of Thinking Pink: an NGO dedicated to fighting breast cancer in Sierra Leone.

A Business Administration graduate with a major in Marketing, Cremelda lived in the USA and worked for the Federal National Mortgage Association (‘Fannie Mae’) until a trip home for a holiday in 2008 set her on a new path.

“I’d travelled via Accra,” she recalls. “I noticed that there was a lot of breast cancer awareness in Ghana, just as there was back in the US. But when I arrived in Sierra Leone, there was nothing. And yet I knew that friends of mine had died from breast cancer.”

In 2012, Thinking Pink’s office opened in Freetown’s city centre. In its first two years, some 3,000 women (and a handful of men) walked through their doors. More than half of them had some form of breast cancer.

And then Ebola hit. “Breast cancer basically got ignored during the Ebola outbreak,” Cremelda says. “Early detection became late detection; late detection became death. Since the outbreak ended, we’ve been seeing three to five people a day. We’ve noticed a surge amongst younger women; we’re seeing a lot of college students. A lot of teenagers too.

“I want to see a day when we have a dedicated cancer hospital, rather than the current situation where we only have one mammogram in the whole country, no oncologists, and cancer patients are in general wards in our main hospitals. We want to see palliative care happen too. Why should women suffer and die worthlessly? If we had a palliative care centre, at least people would have their dignity up until death.”

The challenges Thinking Pink faces are enormous. When I first met Cremelda (in 2014, in the very early days of the Ebola outbreak), Thinking Pink had a staff of five – including a patient liaison officer who was a breast cancer survivor herself. They’re now down to three. “I’ve had to drop people because there aren’t enough funds to pay wages,” she says, “and I’ve dipped too deeply into my widow’s mite. Without help to sustain the foundation, we might have to close doors. I could go back to the US, but where would these women go? We trust that things will turn around – but it’s on all of us. In Sierra Leone, women make up 51 percent of the population. We’ll keep knocking on doors, and hope that someday soon, somebody will hear us.” 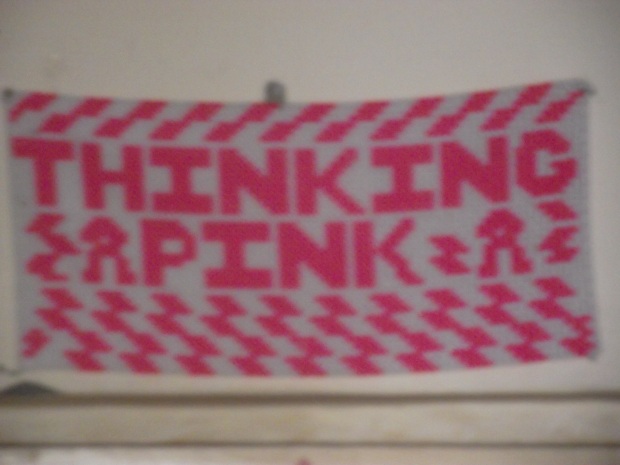