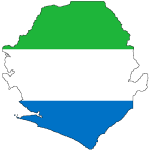 Sierra Leone – my tiny corner of the west coast of Africa – celebrates 50 years of independence on the 27th of April this year.

It’s been a not uneventful half-century; there have been some bad times and some truly horrendous times. But Sierra Leoneans are survivors if nothing else – and as my way of celebrating all of us, I’m going to attempt to chronicle the contribution that Sierra Leonean people have made to the world around us. Trust me, we’ve given more to the world than just dodgy diamonds…

Perhaps I should qualify how I define ‘Sierra Leonean’ in this series of blog posts. It’s anyone who has at least one parent (or grandparent) who’s Sierra Leonean. Some may have been born there; some may have lived there for a while (many of them probably haven’t), but as long as they can legitimately claim Sierra Leonean descent, they’re in (we’re a very welcoming and inclusive bunch, us Sierra Leoneans).

So join me as I pay tribute to some fine upstanding people of the past and present – a few of the many bright sparks that hail from this great land (Well, maybe not great in size. But you get what I mean). 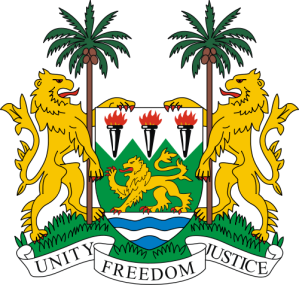 This series of blog posts was partly inspired by this website.

Chesham-based writer, radio producer and music aficionado. Co-author of the book Closing Ranks and producer of the radio documentary The Syrians and the Kindertransport, amongst other things. View all posts by George Luke