This past week has been one of those “hyper Latino” weeks I have from time to time.

Yesterday, for instance, I spent the afternoon in a farm somewhere in Reading, helping my friends at Latin Link with the orientation weekend for the batch of (mostly young) people heading out in short-term teams to various Latin American countries over the summer. I myself was once a fresh-faced ‘Stepper’ (exactly ten years ago, as it happens) – one of a team of 10 sent to work at a home for Aids orphans in Santo Domingo de los Colorados in Ecuador.

Earlier on in the week, I was looking forward to interview the merengue “leg end” Juan-Luis Guerra, who had his first ever London gig at the Apollo in Hammersmith. Sadly, JLG wasn’t doing any press, so that didn’t happen (and the ticket prices were slightly out of reach, so I didn’t go to the gig).

However, not being able to go to the JLG gig worked in my favour, because I ended up at Church.co.uk on Wednesday evening, at the launch of the UK branch of Paz Y Esperanza (Peace and Hope). Paz y Esperanza is a Christian human rights organisation dedicated to defending and promoting justice on behalf of persons and communities living in poverty or affected by different forms of injustice. 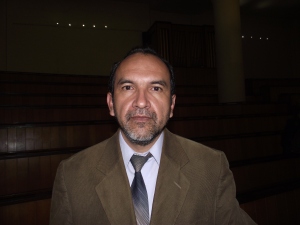 I met two key members of Paz y Esperanza at the launch. Here’s my interview with the founder of the organisation – Alfonso Weiland (pictured above), a human rights lawyer from Peru: 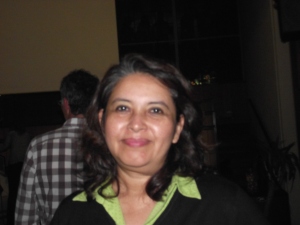 And here I am in conversation with Loida Carriel, who heads up Paz y Esperanza’s operations in Ecuador. Here, their main issue is women’s rights and combating domestic violence and its effects on women.

Throw in Friday evening’s salsa classes (at which I finally managed to master the dreaded ‘Setenta’) and it’s been a right old semana hyper-Latina. And now if you’ll excuse me, I’ll just go and put on my bamba “100% Discoteck” reggaeton CD…